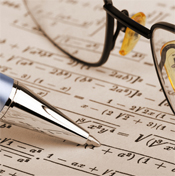 Learning objectives: You will learn about:

This section introduces commonly used methods for assessing the burden of morbidity and mortality on a population. The basic equations are described to provide an understanding of the basis for such measurements.

YLL2 measures the incident stream of lost years of life due to deaths.

The basic formula (without including social preferences) is the following for a given cause, age and sex:

*the number of extra years of life a person could have expected to have beyond their death according to the average life expectancy for the age at which they died. This life expectancy is based upon current mortality trends and assumes that these rates will continue to apply.

The crude YLL is the number of years of life lost divided by the resident population aged under 75 years (commonly expressed by per 10,000 population).

YLD is calculated for incident cases of the health condition under consideration.

In order to estimate YLD for a specific cause in a specific time period, the number of incident cases in that period is multiplied by the average duration of the disease and a weight factor that reflects the severity of the disease on a scale from 0 (perfect health) to 1 (dead).

The basic formula (without including social preferences) for YLD:

YLL was traditionally used to assess the health of a population, however it does not take disability into account. YLD does consider disability but is also a stand alone measure. The World Health Organisation (WHO) devised the DALY for use in their Global Burden of Disease to estimate the burden of a disease on a defined population2.

The DALY is a measure which combines the time lived with disability and the time lost due to premature mortality into a common metric. One DALY is a lost year of 'healthy life'. As a measure of disease burden it demonstrates the gap between current health status and the ideal situation where everyone lives into old age free of disease and disability. An example of its successful use is when measuring the effect of a chronic disease, which a person may suffer from for a long time before their death2.

The basic formula for a DALY:

For the DALY calculations in the Global Burden of Disease study, the WHO used the same disability values to calculate YLD for all regions of the world. It used the same life expectancy 'ideal' standard for all population subgroups, and it excluded all non-health characteristics (such as race, socioeconomic status or occupation) apart from age and sex from consideration in calculating lost years of healthy life. Most importantly, it used the same 'disability weight' for everyone living a year in a specified health state.

Time discounting was set at 3%. Time discounting is based on the concept that health has a greater value in the present than at some time in the future due to uncertainty about the future3. Non-uniform age weights which give less weight to years lived at young and older ages were also used in calculating these DALYs. These figures were most recently used in the 2000 global burden of disease study.

Using these figures, a death in infancy corresponds to 33 DALYs, and deaths at ages 5 to 20 to around 36 DALYs. A disease burden of 3,300 DALYs in a population would be the equivalent of 100 infant deaths or to approximately 5,500 persons aged 50 years living one year with blindness (disability weight 0.6)2.

Above example taken from WHO.