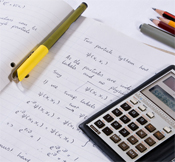 This section will discuss some alternative versions of the common study designs and their uses. This assumes prior knowledge of the basic epidemiological study designs. Nested case control studies are described, as are variations of the randomised controlled trial. These include crossover trials, factorial trials and cluster randomised trials. Finally, some ethical and analytical issues around randomised controlled trials are discussed.

In this study, dietary intake of children aged 3-5, who were atopic and had a history of recurrent wheeze (cases), was compared with children who were non-atopic and had never wheezed (controls). A prospective birth cohort in the UK was used from which to select the cases and controls. They were matched for age, sex, parental atopy, indoor allergen exposure and pet ownership. Cases and controls were matched 1:1, and there were 37 in each group. The study found that the atopic children with recurrent wheeze had a significantly higher polyunsaturated fat intake compared with non-atopic, non-wheezy children and that this could be linked to an increased risk of allergic inflammation.

This study was possible due to the selection of cases and controls from a large prospective birth cohort containing substantial information about participants.

A better understanding of this study design can be achieved by reading other studies which show how they are carried out. Examples of these can be found in the related links section.

Variations of the randomized control trial

A crossover trial is where each subject acts as their own control. That is, each patient receives all treatments under investigation in sequence. For example, each subject receives two or more different treatments during the trial. Random allocation determines the sequence in which each participant receives each treatment. This type of trial may be used when the intervention does not have long term effects.

A particular advantage of a crossover trial is that each subject is acting as their own control, so that groups are as similar as possible.

The main advantage of these trials is that they account for between participant variability in the outcome, so they may be more efficient than a trial where treatments are randomly allocated to different individuals [5].

Analysis of cross over trials

A factorial trial is where two or more interventions are evaluated simultaneously compared with a control group in the same trial. This type of RCT is commonly used to evaluate interactions between interventions. It may be used in public health to compare two slightly different interventions with a control.

An example of a factorial trial can be found in the related links section [4].

Cluster randomised trials involve groups of individuals or communities as opposed to individuals. Groups or communities are randomised to receive the intervention or standard/no treatment. This type of study design may be used to evaluate preventative health services such as impregnated bed nets in malaria endemic areas. For example, a community may be randomly allocated to impregnated bed nets or water fluoridation.

Cluster randomised trials are necessary where it is not feasible to randomise individuals, and where individual randomisation would introduce bias.