Learning objectives: You will learn about demographic data and census data in greater detail.

Please read the resource text below.

As examples of collections of population level demographic data, we will consider the national census and the General Practice-based Exeter database.

The most important source of demographic data at the population level for the UK is the ten-yearly census.

Within the United Kingdom, the national population is determined on the basis of the national census. Modern censuses have their origins in western Europe. There are still many countries where there have been no censuses or ones covering only urban populations, or only conducted after several decades. Countries such as the Netherlands and Germany have population registers, where each person is required to register with the local authority when they move house and these countries have abandoned undertaking censuses.

In Great Britain, a census has been carried out every ten years since 1801, except for 1941[1]. It attempts to count all people and households on one day. The census is overseen by the Office for National Statistics. Before 2001, to administer the census, areas were organised into Enumeration Districts (EDs) of approximately 200 households. In 2001, EDs were replaced by Output Areas, which use areas covered by postcodes as the building blocks. Output areas have approximately 125 households on average, and a minimum of 40.

2011 may be the last UK census, as one proposal is to launch a population register.

Method of a census

A census form is delivered to every household and residential establishment in the country. The forms are completed by members of the household, officially by the 'head' of the household, referring to the specified date of the census, and returned by post. Participation is a statutory requirement, and enumerators follow up any households from which no form is returned. In 2001 the data requested related to normal place of residence; in previous decades data was requested for location on the night of the census. Face-to-face interviews are carried out with a large sample, over 300,000, of households, to check coverage and estimate under-enumeration (numbers of households and persons missed by the census).

Data is collected on individuals and on households. The exact data set varies from census to census. Ethnicity data were first collected in 1991, and the ethnic group classifications were changed for the 2001 census. Areas currently collected include the following.

How results are analysed 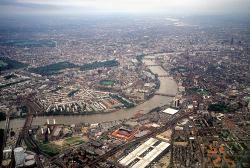 Households are aggregated into postcodes, the key constituent unit. Each residential postcode includes about 17 households. Reference files produced by collaboration between the Royal Mail, Ordnance Survey, and ONS link postcode to geographical coordinates, and to each larger physical and administrative structure (current or past) of which they are a part. Up to 1991 the basic census aggregate unit for analysis was the Enumeration District (ED), the caseload for a single enumerator, but problems were experienced regarding unevenness of size. In 2001 these were supplanted by a new category, the Output Area (OA). These are roughly 125 households, and as compact and homogenous as can be derived, where possible following natural and administrative boundaries. These, in turn, may be aggregated for analysis and publishing purposes into Super Output Areas (SOA), comprising one or more Output Area. Data is analysed by means of cross-tabulations of census variables at OA level, which can be aggregated to SOA, Electoral Ward, Local Authority level etc. all the way to the entire country. OAs have the advantage over the old EDs (Enumeration Districts) that they are based on Census Geography and designed to be helpful to the analysis of the census, whereas EDs were based on an administrative geography, designed to be helpful for splitting the work of enumeration officers.

How the results are disseminated

Large datasets containing 'key statistics' for the whole country are available from ONS on CD-ROMs on request. Small area data is available on-line from the ONS and Neighbourhood Statistics websites. Access may also be provided via some academic websites, though these may only be accessible to a limited range of users. There is also a computer analysis suite, SASPAC, which includes both complete small area statistical data and software for analysis and presentation. Look-up tables from OAs to higher units, and OA and urban & settlement boundary files for use in geographical information systems are available on CD or DVD from ONS, generally without charge.

Data supplied on census returns are considered absolutely confidential. No form of analysis or presentation is performed or permitted that would enable any individual to be identified, either directly from census data or when census data is viewed in combination with other available sources of data. ONS operates a strict policy of disclosure protection that applies to successive unit aggregates. As a general rule, any cell containing fewer than six persons must either be suppressed or combined with another small cell. This issue can be the factor that determines which geographical level is chosen for release of data.

There may be systematic bias in the census process. In 1991 the enumeration omitted all homeless people. In 2001 the count of young men was substantially lower than expected, which may relate to a cohort who wished to be unknown for tax registration reasons. Members of the armed forces may be omitted. Some questions may be intentionally mis-answered: in the mid 20th century there was concern about deliberate misreporting of age by women, and in 2001 there was an unsuccessful, nation-wide campaign to get the fictitious Jedi Knights recognised by the census as a religion.

Another example of a source of demographic data in England, is the Exeter database, managed by the National Strategic Tracing Service.

The Exeter database stores information at individual patient level, on patient registration with general practitioners. It contains information on:

Postcodes enable determination of local authority of residence. Local authorities do not have equivalent databases of their residents, and in collaborative work between NHS and LAs, the picture of the population that Exeter makes available can be enormously useful.

GP lists are inflated on average by 5.7%, due to mobility among young adults and delays in removing list members after death or emigration.

Vulnerable populations such as homeless people, asylum seekers, travellers, and some migrant workers tend not to be registered with GPs so are missing from the Exeter system.

Place of birth, which might be useful in ethnic analyses, is a free text field, and may vary from 'home' to country to detailed address.

This covers factors such as age, sex, migration patterns, ethnicity, marital status in populations and how it influences health.