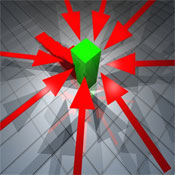 Learning objectives: You will learn about the use of routine, vital, and health statistics to describe the distribution of disease in time and place and by person.

This section helps you to identify the various types of data required to describe the occurrence of a disease in time, place and person; the sources of data on health and health related statistics in the UK; and the strengths and limitations of the data sources. It covers:

Various sources of routinely collected data are available for use in epidemiological studies.

Some of these data are collected routinely on a national or regional basis such as deaths, cancer registrations, births, fertility and infectious disease notifications. However, the availability and quality of routine health statistics that can be utilized for epidemiological investigations may vary considerably.

In England most health statistics are published by the Office for National Statistics (ONS), of which a large amount is available electronically.

Basic demographic data are essential for any epidemiological investigation, as they form the baseline count of the total population being studied. Reliable denominators are necessary for the calculation of the various measures of disease frequency in epidemiological studies.

The primary source of denominator data in the UK is derived from the national census which is carried out every 10 years. The last UK census was held in 2001 and the next national census is scheduled for 2011. In addition to population counts by age and sex the national census also collects data for a number of socio-economic characteristics of the population including: ethnicity (since 1991), country of birth, accommodation, education, employment and information on limiting long term illness (since 1991).

As no central agency of statistics exists for all four countries in the UK, separate simultaneous censuses are taken by each of the three government census agencies in England and Wales, Scotland and Northern Ireland. Census data have become increasingly available in electronic format, much of which can be downloaded from the relevant census office.

Issues in the use of census data

In the UK, the census is conducted every 10 years. As a result, population data can become quickly out of date and may lead to spurious measures of disease frequency and effect. In addition, data may be incomplete for some population sub-groups.

Sources of routine mortality data in the United Kingdom

Complete and continuous mortality data are readily available in the UK. Mortality data in England and Wales are derived from the registration of deaths certified by an attending medical practitioner or coroner (Procurator Fiscal in Scotland). Death certificates include information on the immediate and underlying causes of death, age at death, sex, address and occupation.

Death certificates are sent to the Office for National Statistics (ONS) where the underlying causes of death are classified according to the Tenth Revision of the International Classification of Diseases (ICD_10).

Mortality statistics for England and Wales are compiled by the Office for National Statistics (ONS) and published annually in:

Presents detailed analyses of all stillbirths, infant and perinatal deaths and data on deaths of children Available online

Contains analyses of all deaths attributed to accidents, poisoning and violence. Available online

Mortality data for Scotland and Northern Ireland are available from the relevant national statistical offices.

Note that while mortality data is more complete and reliable than for many routine sources of morbidity data, mortality data are subject to some level of misclassification and are influenced by a number of factors including:

Routine data on morbidity is less readily available than data relating to mortality. However, a range of morbidity data that may be utilized in epidemiological studies is available, and includes:

Cancer registrations are conducted by 9 independent regional registries that collect, on a voluntary basis, data on cancer incidence in residents of their regions. Regional registries supply cancer data to the ONS for the provision of cancer statistics.

These data are published annually by the ONS (3-4 years after the year in which the cancer was diagnosed) in:

Available online
National and regional information on cancer incidence. Statistical tables of numbers and rates of newly diagnosed cases of cancer by site, age-group and sex are presented. Age standardized rates (using the European standard population) for the latest ten year period by cancer site and sex are also included.

Cancer registrations in Wales are co-coordinated by the Welsh Cancer Intelligence and Surveillance Unit (WCIS).

The cancer registration system in Scotland is coordinated by the information and statistics division (ISD) of the NHS in Scotland.

The Department of Health Hospital Episodes Statistics (HES) provides a wide range of information for inpatient treatment delivered by NHS hospitals in England. HES have been collected since 1989 and comprise patient-based records of finished consultant episodes (ordinary admissions and day cases) by diagnosis, operation and specialty from NHS hospitals in England [1].

More than 12 million new records are generated each year, containing a range of information about an individual patients admitted, including:

Note that prior to the introduction of the HES in 1989, the hospital in-patient enquiry (HIPE) collected data on discharges and deaths, which is not directly comparable to HES data. Detailed information regarding the format and analysis of HES is available online

Vital statistics for England and Wales

Vital statistics for England and Wales are produced by the ONS and include data for the number of conceptions, live births, stillbirths and cause of death for persons in England and Wales by age and sex. Individual studies for specific diseases are also presented. Data are presented by local authorities, health authorities and wards.

The General Household Survey (GHS) started in 1971 and is carried out annually by the Social Service Division of the ONS. It comprises a random sample of 13,000 households in the UK. Data are collected for a number of socio-economic factors including health, use of health services, the prevalence of smoking and drinking, alcohol consumption, fertility history, employment, education and income.

The Health Survey for England

The Health Survey for England (HSE) was established in 1991 by the Department of Health and comprises a series of annual surveys of the nation's health. The HSC is designed to be representative of the general population in England and aims to provide a measure of the health status of the population [1]. Annual surveys cover the adult population aged 16 and older living in private households. Children have been included in the survey since 1995.

Each year the survey focuses on different demographic groups or on diseases and their risk factors, and looks at health indicators including cardiovascular disease, physical activity and eating habits. In addition to completing a health questionnaire, those surveyed receive a nurse visit, during which various physical measurements including blood pressure, lung function tests, blood and saliva are collected [1].

Routine health statistics may be utilized for a variety of epidemiological investigations, including descriptive studies (cross sectional surveys or comparative mortality or morbidity studies) and disease surveillance. For example, cancer registration data may be used to examine trends in cancer incidence over time or variations in the incidence of specific cancers by age, sex, socio-economic status or geographic area. Cancer registration data may also be used to evaluate the effectiveness of cancer screening programmes or cancer care.

Routine or vital health statistics may also be utilized for use in analytical studies. However, their usefulness will depend on their completeness, accuracy, coverage and comparability between different regions or countries.

6. Strengths and weaknesses of routine data

Data collected specifically by an investigator for use in epidemiological studies are subject to their control. This is less true for routinely collected data, and therefore they may be more likely to be subject to incompleteness, bias, and measurement error (see later section for more information on this).